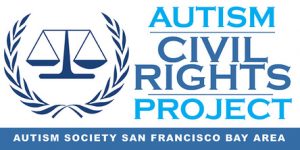 We have increasingly been hearing frightening stories about individuals with autism or other developmental disabilities getting caught in the criminal justice system after episodes of disruptive or difficult behaviors. To better understand what happens when our children or grown children are accused of a crime, we spoke recently with Jim Elliott, MSW, Manager, Community Placement Program and Public Policy Compliance, San Andreas Regional Center (SARC).

The court will generally appoint a psychologist or psychiatrist from a pool of experts to assess the individual. If IDD is suspected, the court will instruct the regional center associated with that county to conduct a competency assessment to determine if the individual can understand the nature of their charges, the nature of the court and trial, and assist in their defense. If the person is not an active or former client with any regional center, the regional center will first conduct an eligibility assessment, which can take up to 120 days (at SARC we give such referrals priority). A clinical psychologist (who has met certain experience criteria) either employed by or on contract with the regional center will assess for competency, using a combination of standardized measures, observations, case history, and clinical judgment to determine if the person is competent or, if not, whether they can be restored to competency. The court, or either attorney, may agree or disagree with the regional centerʼs findings and order additional assessments.

If the individual is deemed competent, proceedings continue. If the individual is found not competent to stand trial, then competency restoration starts. If incompetency is due to mental illness, the person will receive court-ordered mental health treatment (such as a Reese order to force medication compliance). Incompetency due to IDD requires the regional center to provide competency restoration training, which can take the form of behavioral, psycho-educational, or other training by a regional center service provider. In either case, the court has three years to determine if the individual has been restored to competency. For felony charges, six months of restoration at minimum are supposed to occur in a locked facility; in reality, that will vary based upon the nature of the charges, the individual, the court, and the availability of placements.
Given how complex and stressful the above is for everyone, if the charges are misdemeanors, or if they can be pled down to misdemeanors, individuals who are not necessarily intent on proving innocence are often encouraged to take advantage of something called diversion. In diversion, the individual pleads guilty, but is sentenced to formal or informal probation, which can be supervised either by the probation department or the regional center, or both, and involves completing a treatment plan designed by the regional center which is then approved by probation and the court. Successful completion of the diversion plan results in the charges being removed from your record.

[1 Editorʼs footnote—California Penal Code Section 1367(a) provides:
A person cannot be tried or adjudged to punishment or have his or her probation, mandatory supervision, postrelease community supervision, or parole revoked while that person is mentally incompetent. A defendant is mentally incompetent for purposes of this chapter if, as a result of mental disorder or developmental disability, the defendant is unable to understand the nature of the criminal proceedings or to assist counsel in the conduct of a defense in a rational manner.]

[2 Editorʼs footnote—California Penal Code Section 1368(a) provides:
If, during the pendency of an action and prior to judgment, or during revocation proceedings for a violation of probation, mandatory supervision, postrelease community supervision, or parole, a doubt arises in the mind of the judge as to the mental competence of the defendant, he or she shall state that doubt in the record and inquire of the attorney for the defendant whether, in the opinion of the attorney, the defendant is mentally competent. If the defendant is not represented by counsel, the court shall appoint counsel. At the request of the defendant or his or her counsel or upon its own motion, the court shall recess the proceedings for as long as may be reasonably necessary to permit counsel to confer with the defendant and to form an opinion as to the mental competence of the defendant at that point in time.]

A “5150” is a 72-hour “psychiatric hold” that confines someone to a locked behavioral health facility for assessment and de-escalation of an immediate crisis. Someone can refer themselves, or the police can transport the person. This generally occurs at a hospital. While I often feel that many mental health professionals are unwilling or unable to recognize that people with IDD can and should be treated for mental health problems, the specific nature of county emergency psychiatric services is to stop a crisis that is occurring. If the behavior stops being immediately dangerous, theyʼre not going to devote any more time to it.
Paradoxically, in my experience, crises are best dealt with proactively. At SARC, we contract with two crisis response providers – Crisis Support Services and Crisis Response Program – to help families and individuals learn how to recognize the signs and triggers for their individual, how to best respond or intervene, and can also be available by phone or in person to assist. This is also why SARC emphasizes parent training as the most crucial component of any behavioral health treatment intervention for anyone with IDD.
What is the role of the regional centers in advocating for clients who exhibit aggression or aberrant behaviors where behavioral supports are few and far between?
Individuals with autism can access behavioral health support through their local education agency, their health care provider or health insurance provider, and, if necessary, their regional center. Under state law, most health insurance plans must provide an individual with autism access to behavioral health treatment comparable to that offered for mental illness (there are some exceptions, such as self-funded plans or plans incorporated in other states). Individuals who are enrolled in the Home and Community-Based Services waiver program receive Medi-Cal as a primary or secondary insurance and, as of this year, Medi-Cal also covers treatment for autism. Other IDD individuals, who are not diagnosed with autism, can access behavioral health treatment through their regional center.
If necessary, your service coordinator can facilitate contact with other systems to ensure they provide the services and supports they are obligated to, and can broker services directly through our own network of providers. The regional centers provide interagency education regarding individuals with IDD, and can be available to attend meetings or court to help other systems understand the individual and their unique constellation of needs, services, and supports.
How can regional center clients advocate for obtaining adequate behavioral supports in an IPP?
Most importantly, talk to your service coordinator. Be honest about your loved oneʼs needs so the service coordinator can help you to identify the most appropriate services and supports and where your family can obtain them. Communication is important. Many regional centers, SARC included, donʼt have the resources or the cooperation yet of law enforcement, jails, or courts to actively identify if someone is a regional center client and to notify the regional center of potential charges.
Unfortunately, the developmental services system is in a resource crisis. Regional center operations budgets have not seen a formula increase since 1993 – thatʼs an over 60% operations budget cut by inflation, just through neglect. Service coordinators at SARC are averaging about 100 individuals per caseload and weʼve seen a nearly 50% turnover in the last few years. Weʼre by far not alone in this. Since the Great Recession, the regional center service budget has lost over a billion dollars, primarily through rate cuts and freezes. As a result, many behavioral treatment vendors have transitioned to taking only insurance-related work or accepting only a limited number of regional center-funded cases. Nearly one-third of all residential care providers in the state have closed. Per capita, California is one of the worst-funded states for developmental services. I could argue numbers and observations until Iʼm blue in the face; what will make a difference to the Legislature is hearing from parents and family about the struggles and costs they face due to the funding crisis.

Previous Story
Interview with Leigh Ann Davis, Director of Criminal Justice Initiatives at The Arc
Next Story
A Famous Family’s Autism Dream Goes Up in Smoke in Paradise 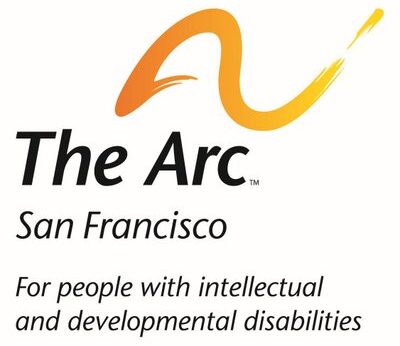 Interview with Leigh Ann Davis, Director of Criminal Justice Initiatives at The Arc