For those of us in the Bay Area, the devastation in Paradise hit close to home. Some 30 years ago, a Palo Alto family had placed their son in a Paradise facility.  This was no ordinary family, however; in 1981, Stanford Professor of Physics Arthur Schawlow had received the Nobel Prize for his work in laser spectroscopy. A warm man with a puckish sense of humor, he was often pictured shooting a laser beam through a large, transparent balloon and popping a darker Mickey Mouse balloon inside. He was also an avid clarinetist, frequently jamming with other musicians to play Dixieland at Kepler’s Books on Friday nights.

Art had joined the Stanford faculty in 1961 because one of the few programs serving autism was located in Palo Alto.  Arthur Schawlow Jr. (Artie) was one of a handful of ASD children identified in the early 1960’s, and life with him was not easy. Because his program was psychiatrically oriented, it did not meet his needs, and his behavior gradually deteriorated.  The Schawlows reluctantly began to search for residential placement, only to find that Artie frequently burned his bridges and reappeared at home. As he became bigger and older, the need for a secure residence became increasingly urgent.

Over a period of years the family tried one placement after another, reaching further and further from the Bay Area. Finally, they located a program 4 ½ hours from their house, in the Sierra foothills in the town of Paradise, some 200 miles from Palo Alto. This program, California Vocations Inc.(CVI), already served adults with developmental disabilities and had the advantage of access to students from nearby Chico State. Art made the long drive to Paradise repeatedly, enmeshed in complex negotiations to establish an appropriate and permanent home.

A huge stumbling block was the fact that Artie was nonverbal and required considerable assistance with communication.  During this period his father looked far and wide for communications software and devices, reaching out to local disability groups, including our own. He was generous with his time and freely authorized the use of his name to assist our organization and others. Meanwhile, Artie’s mother Aurelia worked continually to establish methods of communicating, finally settling upon FC (Facilitated Communication). While this technique was controversial, the Schawlows felt it helped Artie and was a useful tool in managing his behavior. Aurelia herself drove back and forth to Paradise each weekend.  Tragically, she was killed in a single-car accident in 1991, en route to see her son. It is likely that fatigue played a role.

“Tragically, [Aurelia] was killed in a single-car accident in 1991, en route to see her son. It is likely that fatigue played a role.”

​Following Aurelia’s death Art’s health deteriorated, and he became increasingly anxious to secure his son’s future, pouring much of his Nobel Prize money as well as considerable personal financing into the program. His efforts resulted in the autism component being renamed the Arthur Schawlow Center, complete with new buildings. Art died in 1999, and his two daughters were left to oversee Artie’s ongoing care. One lived in Wisconsin and the other in North Carolina. At Art’s memorial, ASA Founder Dr. Bernard Rimland suggested to the family that someone should establish a nonprofit to provide lifetime surveillance for clients with special needs. At the time, this task was part of the Regional Centers’ “cradle to grave” mandate, but it is a need that has remained unmet to this day

Over the years we lost track of Artie, but as local parents learned about the fires, we wondered if he was still in Paradise and if he and his peers had survived this terrifying event. We were able to reach the Director of CVI, Bob Irvine, who reported that all 73 clients and 260 staff had escaped unharmed, though they had lost 26 homes and all their program buildings—in short, everything physical. Within a few days after the fires started, all clients had been relocated in hotels, motels, homes, and other programs in Red Bluff, Yuba City, Corning, Quincy, Chico, and surrounding communities. Many staff members had lost their own homes but remained with the clients to provide stability. Artie himself was initially placed in a facility in Yuba City. That’s the good news.

“Art’s worst nightmare come true.” The Schawlow Center is now nothing but ashes, vehicles are burned to a point they are unrecognizable. The only thing standing was the flag out in front of Pine House. This photo of Pine House was taken by executive director Bob Irvine.
Unfortunately, however, at this point the scenario was Art’s worst nightmare come true: a stable program destroyed. The clients, including Artie, relied totally on structure, predictability, and warm, constant support. With sudden uprooting, the situation remained traumatic and threatened to unravel completely at any time. Help seemed unlikely. The State of California did not provide emergency funding. While FEMA might eventually offer limited and slow assistance, adult programs were reimbursed by CA only for days of actual attendance. In the urgent effort to stabilize their clients in scattered locations, CVI strained to keep and support their traumatized staff on sharply diminished State funding (inadequate to begin with). The program vowed to rebuild, but their most generous supporter—Art—was long gone.

At this writing, some 20 years after Art’s death, his struggle continues. The Schawlows were unique in accomplishing so much, so far ahead of their time. When Artie was born, there were no Regional Centers, no public school classes, no recreation opportunities, no adult programs designed for autism – in fact, few known adults with autism. This family’s contribution was to fight and succeed in achieving a secure home and a rewarding life for their son, at a time when others had to make do with the only residential facilities that existed – the state institutions.

“While Art Schawlow may have found joy and reward in physics, the hardest work of his life was to stabilize his son.”

While Art Schawlow may have found joy and reward in physics, the hardest work of his life was to stabilize his son. To this end he poured his energy, his time, his means, and ultimately his health. Aurelia sacrificed her life. They did achieve their goal during their lifetimes, but now these achievements have literally gone up in smoke. We can’t help wondering how our own adult children would fare in such a situation. Today’s parents of adults are only now facing the same challenges that the Schawlows overcame in the 1990’s, and we observe what can happen when a parent is gone.  In the future we must create lasting solutions for our children – and perhaps, if we are generous, for Artie and his peers as well.

Just as the fire moved with record speed, so has the DD community pulled together to help restore continuity. CVI is a prime example. When clients were evacuated, staff went with them to their new placements, though many staff were themselves left homeless. In fact, the program lost 50 of some 260 staff, who needed to care for their own families. Those remaining have been working 12-hour shifts in a minimum 60-hour work week.

Amazingly, state agencies have been working together to provide assistance. The Office of Emergency Services has located temporary housing for CVI residents in a migrant workers’ complex of 41 homes, some 70 miles from Paradise, so they are at least all back together. FEMA, DDS, Far Northern Regional Center, and Disaster Relief are working cooperatively, and Regional Center clients will top FEMA’s list for resettlement when help finally becomes available. Even more amazing, restrictions on Supported Living Services reimbursement have been relaxed. The state has agreed to reimburse programs based on average attendance for the last few months, as opposed to days present (zero after the fires). These achievements are all minor miracles, some of which parents have been seeking for decades. The situation has been upgraded from grave to extremely critical, a step in the right direction.

The lesson for parents is that the DD community can pull together when necessary, and that even I times of crisis, people do care about those with developmental disabilities. We are all part of this wider community, and someday we too may need their support. Perhaps we can all do our share to help turn tragedy into triumph and, as the Schawlows did, help produce another miracle in securing our children’s future.

Updates will be added as further information becomes available.  Future comments will address the needs of adults who are not currently part of a residential or vocational community. 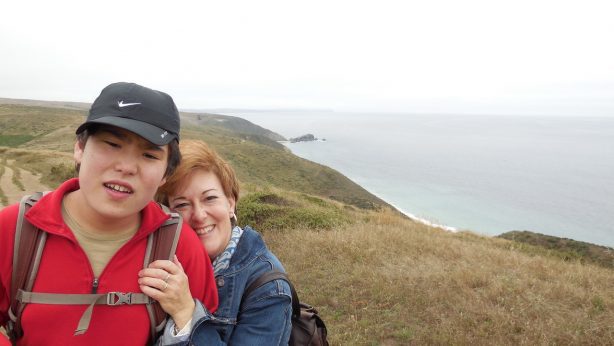 From Housebound to Hiking Mt. Tam

From Housebound to Hiking Mt. Tam How Love and Determination... 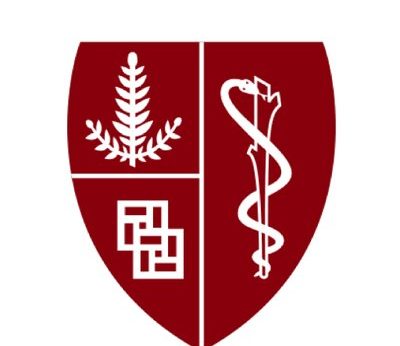 Did you know? Stanford's Adult Neurodevelopment Clinic is expanding, and this...

SearchPostsLogin
The Autism Schism
From Housebound to Hiking Mt. Tam
The Journey to Find a Good Home for my Son
We can answer autism’s big questions. The key is hiding in plain sight.
Autism Makers: A Holiday Gift Guide from the NCSA
Stanford Adult Neurodevelopment Clinic: Bigger & Better